or even a burrito over a beer!

the door to the gym where i get my fitness on is painted with the words: “because today is another chance to get it right.”

this quote greeted me upon my first visit to the gym and has since served as a daily reminder to throw all my effort into each workout. as the days rolled on into a new year i began turning those words over in my head.

the concept of daily recommitment to a goal is not a new one. it is used in recovery and in weight loss. life changes are made by opting for good, one day and one decision at a time.

focusing on failures can be paralyzing. through hard work, prayer, and intense self reflection i (kind of) learned to stop dwelling on the mistakes i made yesterday. instead i chose to embrace the valleys where i was stuck and the hills i had to sloooooowly climb. celebrating many itsy bitsy victories (like choosing a banana over an oreo or even a burrito over a beer!) became the key to my happiness and has served as the driving force in my journey onward.

instead of focusing on the “i really wish i would have…” stuff (the books you didn’t read… the money you didn’t save… the trips you didn’t take) i propose we look ahead. use the energy to do something – anything – today. not this year. not this month. today.

the new year has brought with it a barrage of positivity on social media. i have spent a few minutes each morning reading the endless lists of resolutions, checking out the detailed meal and fitness plans, and perusing creative project ideas my friends and family have been sharing. excitement for books and travel has reignited the always somewhat burning fire within me. energy creates energy and creativity triggers landslides of awesome.

and then there are the trolls. the eye rollers. the bitter bunch who make jokes and laugh at the predictability of it all.

maybe these monsters are right. maybe come february most will fail. give up their resolutions and revert back to cheesecake and binging on netflix instead of training for the race they signed up for or finishing the projects they started.but some won’t quit. some people will stick it out. some will do the damn thing. lose the weight. finish reading or even writing their book. complete the projects. see their goals to completion.

and maybe – just maybe – a word of encouragement is what will keep them in the fight. social media celebrates things much worse than self improvement. lets turn it around. use these communication platforms for good. for support. for encouragement. throw a thumbs up, a nice comment, or a “get it girl!” message to a friend striving to become a better version of themselves. a kind word or offer to join in the fight can serve as major motivation to stay in the ring and push on until tomorrow.

because – all we have to do is make it through the day. just be the best we can be today.

and then tomorrow we are gifted with another chance to get it right. 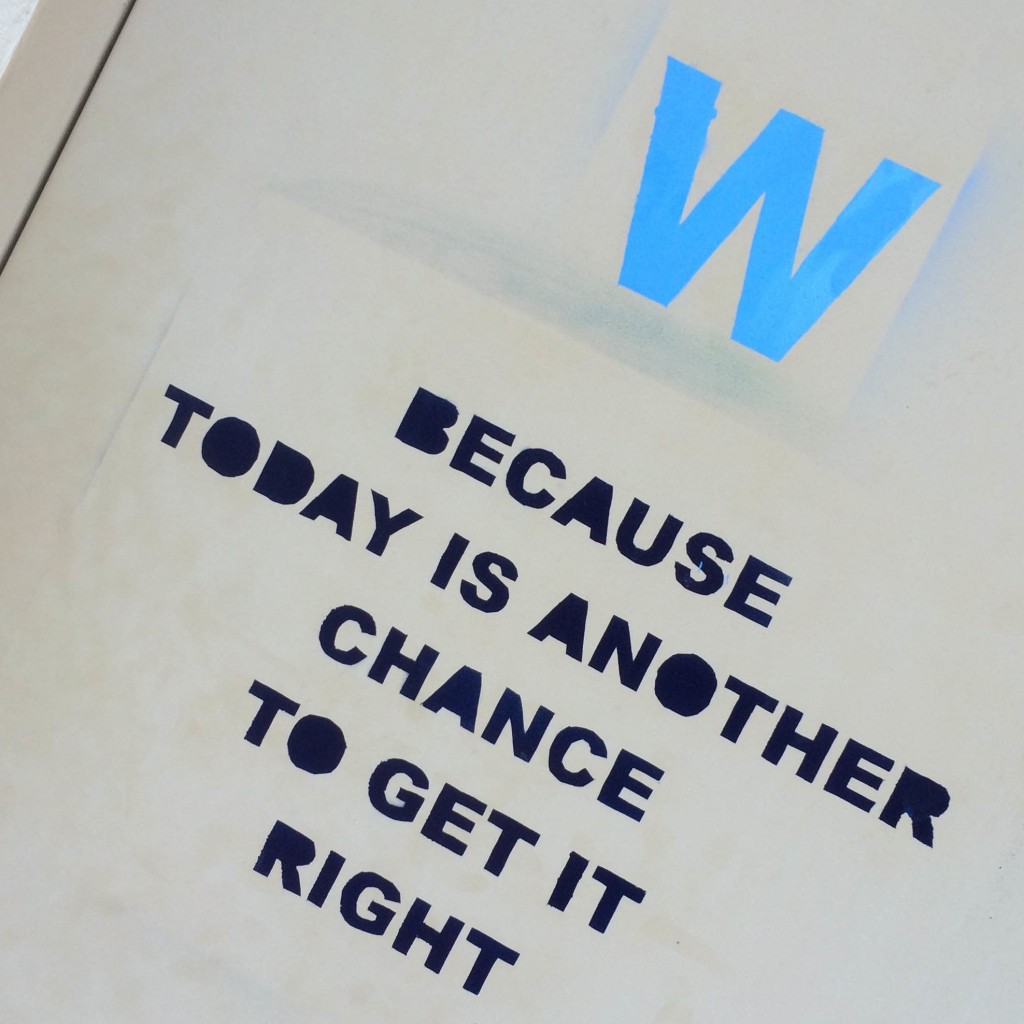