An Interview With Anthony Green: Bringing His Past Present And Looks Toward A Very Bright Future

Pixie Queen, the fourth solo album from singer, songwriter, and musician Anthony Green, debuts on Sept. 9 with a comprehensive look at the evolution of love. Through 11 deeply personal tracks, Green brings listeners along on an explosive and honest exploration of commitment, forgiveness, and everlasting love.

The upcoming album, produced by Will Yip, features Tim Arnold and Keith Goodwin on drums and keyboards and is a complete sonic departure from Green’s first three solo projects, Avalon, Beautiful Things, and Young Legs. With a self-described acoustic “campfire” vibe and raw, contemplative lyrics, Pixie Queen is the artist’s most intimate album to date.

Green is a husband, the father of three small children, a solo artist, and the current lead singer of both Circa Survive and Saosin. The busy artist took a few hushed moments from his action-packed life to reflect on music, life, and love as he knows it, during a drive to Avalon, NJ while his wife Meredith slept peacefully beside him.

After nearly a decade you reunited with your former band Saosin. Can you explain what triggered the reunion and how it feels to be writing, recording, and performing with both Saosin and Circa Survive again?

It’s pretty surreal. It’s not something that I had ever really imagined. They are two things I never thought would coexist like they can now. I think the reunion or whatever you want to call it was really as much of a personal thing as it was a band thing. I moved out there and got to know those guys as musicians and as people. The history and the music we made together, the thing that happened when we worked together was the reason why we wanted to even to work together in the first place. It was just this cool thing.

After a long time, a bunch of bullshit and all of us growing up, it was really nice to be able to go back to them as people, make amends and in a way pick up where we left off. It just so happened that they were at where they were in their career and I was at a point where I really wanted to try to do something a little different. It just worked out perfectly. It’s such an honor for me to be playing with those guys again.

This time children and spouses are joining the tours, which is probably such a trip. What is it like having your family involved in an experience where during the first go around you were in a very different place in your life?

It happened in such an organic, natural way. It doesn’t really feel weird at all until you reflect back on the events from before the children or from when you were being a crazy person. When people remind me of things that happened… (Laughs)

It’s definitely a little strange to be correcting a child for doing stuff that you were doing like two days earlier as an adult. But it’s been pretty natural and organic having a family and growing up and evolving and changing. I feel way freer now in this life situation that I have with my family than when I was living and doing things completely for myself. It seemed like I had all the time in the world to do whatever I wanted and I wasted so much of it. Now I take care of people for a large part of the day and the part of the day that is mine is actually spent doing meaningful things.

It seems like you are in a really solid place. I personally find creativity challenging when I am content and fulfilled. I tease my husband that my writing has really suffered because he makes me so happy.

You are sober, happily married, and a father to three boys you call your #LittleGods. Where do you find inspiration now?

Happiness is such a relative thing. I’m at peace with myself and with the world the way it is and the way I perceive it. For a really long time I couldn’t do that. There’s just as much pain and torment, now it’s just more reasonable because it’s balanced. Nothing exists without its opposite close behind.

Right now I get inspiration from the same things I did when I was a kid. Life isn’t any less painful. You don’t have any less to lament on when you have a family. There’s tons moreshit going on. There are existential questions of our existence that I never even imagined. There are these little creatures that I’ve seen grow from nothing; just love. They have broadened my horizons and my view on everything.

Do the #LittleGods listen to your music?

Yeah! So James, my first child, didn’t like it when I used to sing to him. Luke, our second child, loves it. Our third, Will, begs me for it when we’re going to bed. He’ll ask me to sing a song over and over again. I play them music and sometimes I’ll play them my friends’ music and they’ll be like, “Is that you?” (Laughs) “No, this is somebody that sounds like me.”

I played them the Pixie Queen album a whole bunch when we were mixing it and they liked it, they just think it’s too sad. (Laughs) They said, “Change all the sad parts.”

An underlying theme of the new album is the evolution of love. In songs like “Will It Be,” and “I’m Sorry For Everything I’ve Ever Done,” you reference putting your wife Meredith through hell and back. How has your relationship survived fame, addiction, and recovery?

I think it’s just like anything—you decide to stay together. It’s a dance and two people are involved. Bad shit happens and sometimes people can’t cope. We’ve been really lucky that the stuff that happened to us is stuff we have been able to find ways of coping with. I think it’s a really rare thing that you have somebody that you know fully and you feel like you are fully known by, and to me that’s worth salvaging through almost anything.

Speaking of your wife, she looks smokin’ hot on the new cover.

How did you develop the concept for the cover art?

I actually envisioned it. I had this vision and I called her. I told her, “I have this vision of you naked by the fire,” and she is like, “Oh my God. That sounds crazy.” We were in our backyard and it was really cold out and we were making these little fires. We set it up together and tried to take a couple of pictures. The one she liked is the one that we both liked.

You took the picture yourself?

She set it up and basically took the picture. I just kind of pushed the button.

Pixie Queen opens with “You’ll Be Fine,” and closes with the title track. How did you determine the flow of the album? Was there any method behind your madness?

Originally I was going to try to make the record an autobiography from beginning to end. It would start in the beginning of our relationship, but the songs just sort of accumulated out of sync with that type of vision. I really just tried to make the energy flow; something that wouldn’t get too boring. That was basically the main thought behind it.

Honestly, I didn’t even spend that much time on it. Will Yip, the guy that produced the record… I was freaking out about the sequence. We knew what song we wanted to close the record with and we knew the beginning song, but the rest of it was so confusing. I was driving myself crazy with it, so he ended up helping me out a ton with it.

“East Coast Winters” is the last song, from what I’ve read, that you wrote while you were still using heroin. How does it feel to listen to and perform that song now?

It feels really good. I love that song. It evokes such a crazy feeling. I don’t feel bad because I wrote it when I was still getting fucked up. It doesn’t bother me for some reason. That song at that time represented this thing where I was trying… I was so sad. And when I play it now, it feels so reassuring.

You came out the other side.

Totally. I love it. To me it’s almost like something good that came out of that.

As the lead singer of both Circa Survive and Saosin, you have your hands full. Then you announced your fourth solo album. Can you explain the creative process or the desire behind simultaneously juggling personal projects as well as the demands of collaborating with bands?

It’s just managing it out. Sitting down with a guitar or with a song from Beau [Burchell] and Chris [Sorenson] or a song from Brendan [Ekstrom]… it all sort of starts at the source. If Brendan sends me a song, I’m sitting down and I’m thinking about it and I’m doing the same exact thing as if I were to write a song that would have been on Pixie Queen. It’s the energy of the conductor leading the march.

Do you have any tour moments, recent or otherwise, which stand out in your memory?

A couple times on this last Circa tour everybody in the bus was in the front lounge talking to each other and laughing. I remember sitting and looking at everybody, feeling super grateful we were able to still get along and laugh together. It was such a fun tour. Spending the last two years doing both a Circa record and a Saosin record and getting to know all those people, there have been so many moments where I sit back and I feel a shockwave of gratitude.

It’s hard to express and to pinpoint just one. Almost every moment on stage where there is a connection, a real connection happening between human beings and music, I feel like rocked by it. I get to do it all the time. I get to celebrate it and show it to people. It’s the coolest thing ever. It’s impossible to pick out one of those moments.

It must be powerful to actually feel it now too instead of being numb up there. To really feel what’s happening.

Yeah. You really take it for granted when there’s something like that going on, taking away all your love and energy. It’s a prison. I wouldn’t wish it on anybody. I feel really lucky. Even just now, in the car. My wife is actually asleep next to me. We drove home from the beach, from a little spontaneous vacation together. We had to go to a sonogram. We left the kids with her mother and are driving back. Just being in the car, driving with her, talking about my music with somebody who gives a shit, it’s an incredible feeling. I couldn’t give it justice. I’m not that poetic.

Anthony Green will be playing at the Highline Ballroom in New York City on Sept. 3 and Union Transfer in Philadelphia on Oct. 1. Pixie Queen will be available Sept. 9 through Memory Music. For more information, go to anthonygreenmusic.com. 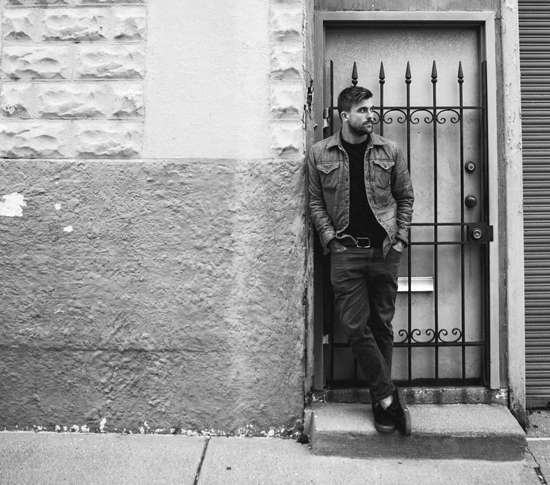