a man who loved to play cards

My grandfather was a tough man to get to know. He was stubborn, loud, and let you know his opinion on everything.

But he loved. He loved the best way he knew how. And he was a good man. I know this because he raised my mother. A woman who embodies love with no restrictions; love with no conditions.

My grandfather also raised the first born daughter of his first born daughter. My mother tells me often that her father changed, that he softened, the moment his first grandchild entered the world. She quickly became his entire universe. He cared for her like his own and in turn my cousin Linda is one of the most selfless women I have ever had the pleasure of knowing. She lives her life for others. That is a true testament to how she was raised.

My grandfather loved his wife, my beautiful grandmother for 63 years. 63 years. When we told her he passed away I watched her heart break. But my grandmother is one extremely tough broad. I am confident she will learn to stand on her own with through both her own incredible strength and the support of her children, her grandchildren, and her great grandchildren.

John Portscher was a man who always did the very best he could. Every year when his children were young, right before Christmas my grandfather took out his wooden sawhorse and headed to the hardware store for a piece of plywood. He spent hours alongside his son John painstakingly setting up his beloved Lionel train station. The final and favorite step was the “magic pill” which would send smoke shooting out the stack. One Christmas my mother anxiously waited but the train never came. She asked her parents over and over when the train would be set up and each time she was brushed off. Many Christmases came and went but my mother and her brother and sisters never saw the Lionel train set again. Years later my mother learned her father had been laid off that year and sold his train set to buy his children Christmas gifts.

A few weeks ago I told my grandparents this June they would be great grandparents once again. When I shared the exciting news of my first pregnancy with my grandfather he asked that if the baby was a boy I name him John. I smiled and gently reminded him my sister already had a baby boy named John. While my baby will not take on my grandfather’s name I do hope my little boy or little girl inherits my grandfather’s passion for making people laugh. And I hope my grandfather knows how much laughter and happiness he brought to all of us. I already miss him. 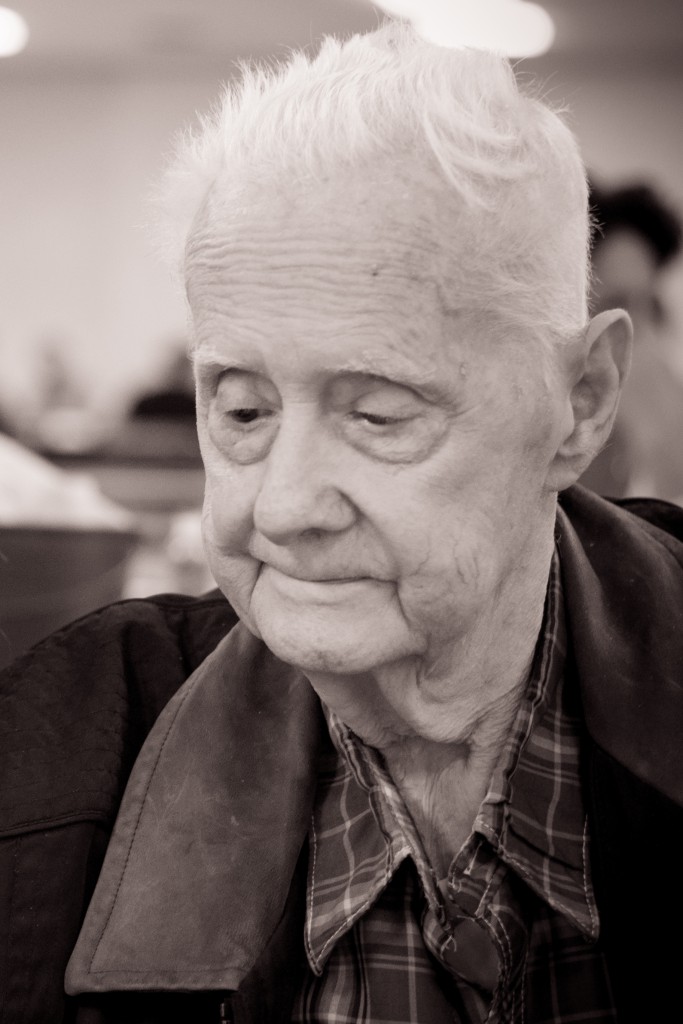