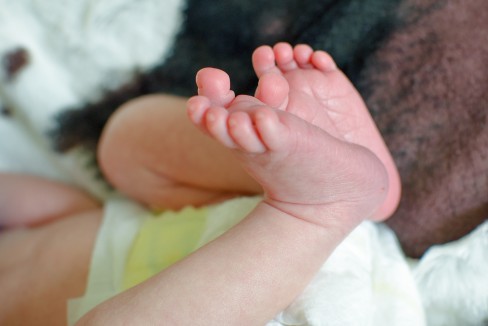 i can tell that we are gonna be friends

every night since we discovered we were pregnant, my mister and i took a single photograph in the same spot of our house. we put together this fun time lapse video to capture both the experience of our pregnancy as well as my changing body. we hope you enjoy watching my baby bump grow! 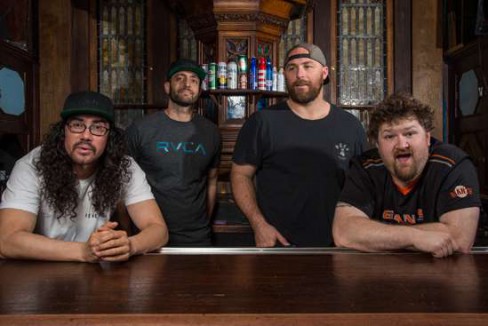 An Interview With The Expendables: Adam Patterson Divulges The Secret To The Band’s Success

It is the most classic of teenage dreams: four best friends start a band and launch a career crafted of cool tunes, world tours, and performances of hit songs in front of hoards of loyal fans. Countless aspiring rock stars hold this dream, but only a miniscule percent of musicians are able to transform their hopes into reality. 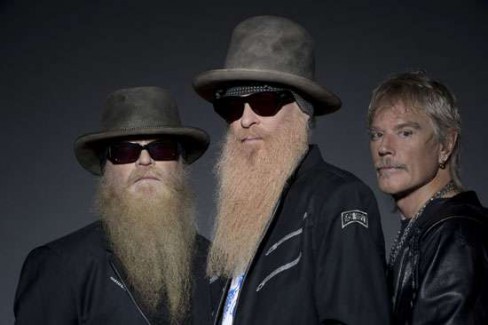 An Interview With Billy Gibbons: Rockin’ Around The World Aboard The ZZ Top Party Train

Billy Gibbons is one of the most recognizable artists in music and has been called one the greatest guitar players in the United States by none other than Jimi Hendrix. 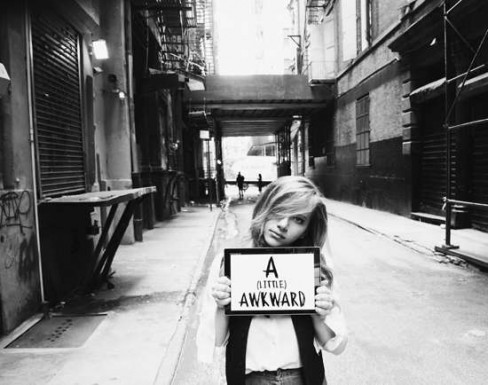 An Interview With Hailey Knox: Rising Star Has The Pop Scene Covered

She is a young, blonde, internet singing sensation, yet somehow 18-year-old Hailey Knox has managed to separate herself from the hoards of teenage pop star wannabes. Despite her beauty and unrelenting charm it is Knox’s mesmerizing voice, which commands center stage. 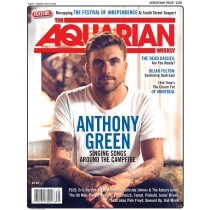 An Interview With Anthony Green: Bringing His Past Present And Looks Toward A Very Bright Future

Green is a husband, the father of three small children, a solo artist, and the current lead singer of both Circa Survive and Saosin. The busy artist took a few hushed moments from his action-packed life to reflect on music, life, and love as he knows it, during a drive to Avalon, NJ while his wife Meredith slept peacefully beside him. 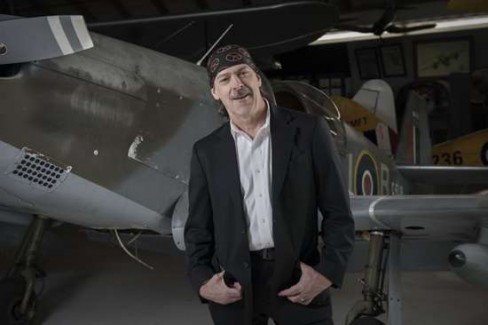 George Thorogood and The Destroyers have been rockin’ and rollin’ for 43 years running. With their unmistakable blues-rock sound, irreverent high-energy stage act, and consistent nonstop tour schedule, The Destroyers have amassed a tremendous following of die-hard fans who flock year after year to sold-out venues to watch the band boogie down over and over again.

This September the band—George Thorogood (vocals), Jeff Simon (drums), Bill Blough (bass guitar), Jim Suhler (rhythm guitar) and Buddy Leach (saxophone)—kick off the second leg of their Badder Than Ever Tour. During a very short break in the band’s 32-city U.S. and Canada tour I caught up with Jeff Simon to discuss his favorite on stage moments, his memories of growing up with the man he calls GT, and his experience “keeping time” for The Destroyers. 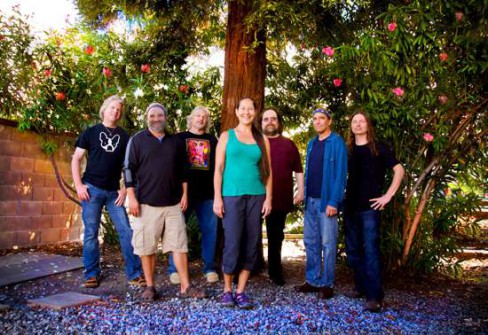 An Interview With Dark Star Orchestra: Jeff Mattson On Keeping The Tradition And Magic Of The Grateful Dead Very Much Alive

Dark Star Orchestra has been treating fans to recreations of complete, originally highly improvised Grateful Dead shows, song by song in the same order in which they were first performed for the last two decades. In their 19 years the band has performed more than 2,600 shows, which is 300 more than the Grateful Dead did in their 30-year run.

I spoke with Jeff Mattson, lead guitarist/vocalist of the preeminent Dead tribute act, Dark Star Orchestra, ahead of their upcoming New Jersey show to discuss his connection to the music, his experiences playing alongside his musical heroes and what continues to inspire him night after night, year after year to pay homage to the legendary Grateful Dead. 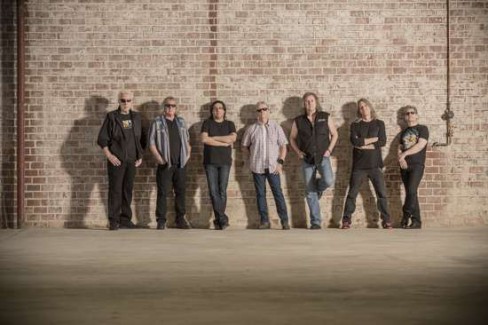 An Interview With Kansas: Guitarist Rich Williams On Why There’s No Place Like Home On The Range And No Style Like Your Own The Aquarian Weekly. November 16, 2016

The band boasts an extensive catalog of 20 albums, eight of which have gone gold, three have achieved sextuple-platinum and one has reached platinum status. After a 16-year recording hiatus, the legendary band is back and better than ever, with fans proclaiming The Prelude Implicit to be the band’s hottest album in decades. 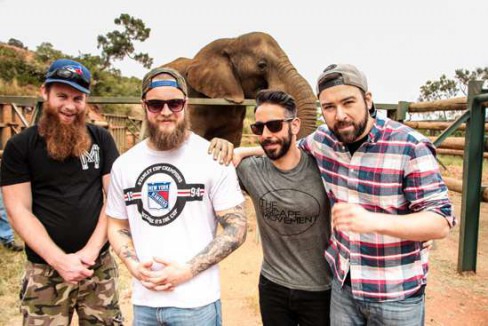 An Interview With Protest The Hero: Rody Walker On The Wild And Unconventional Pacific Myth Experience

Protest The Hero released their newest EP, Pacific Myth, to fans via the subscription-based Bandcamp service this November. The Canadian progressive metal band composed of Rody Walker (lead vocals), Luke Hoskin (lead guitar, piano), Tim Miller (rhythm, guitar, piano), Mike Ieradi (drums), and Cam McLellan (bass guitar) is set to finish the year back on their home turf in Canada with an exciting end of year tour before kicking off 2017 on the August Burns Red tour. Protest The Hero frontman Rody Walker talked to me about the unorthodox releases of the band’s last two albums as well as their attempt to change the surprisingly stale image of progressive metal. We also discussed why despite the ease and popularity of digital downloads, vinyl still reins king and wax is not only back, but getting bigger every day. 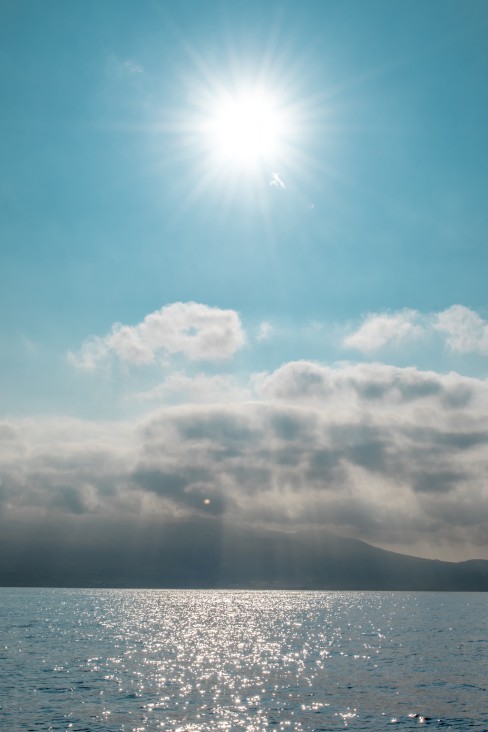 But once a month, every month, for the last eight months, my heart has broken. Every negative pregnancy test has shattered me and each time a well-intentioned person asks, “and when are you going to have a baby?” my heart blisters as I respond, “soon I hope.” 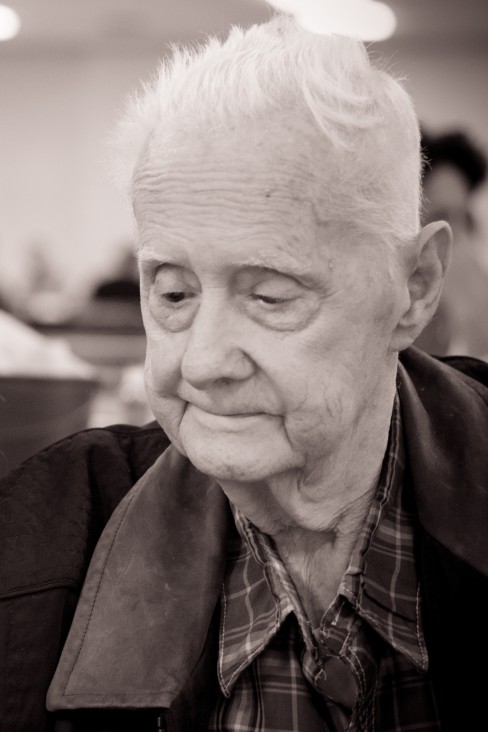 a man who loved to play cards

My grandfather was a tough man to get to know. He was stubborn, loud, and let you know his opinion on everything. But he loved. He loved the best way he knew how. And he was a good man. I know this because he raised my mother. A woman who embodies love with no restrictions; love with no conditions. 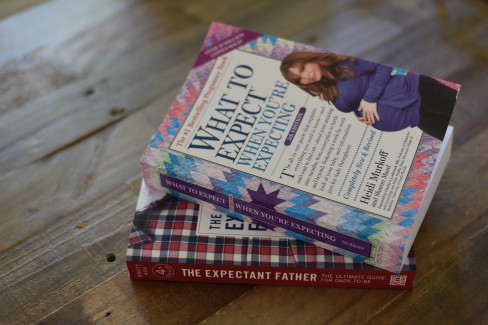 i have been front and center for a shit ton of epic live performances by some of my favorite artists. my mister and i collect vinyl and spend countless hours hunting for treasure among stacks of wax where ever we travel. 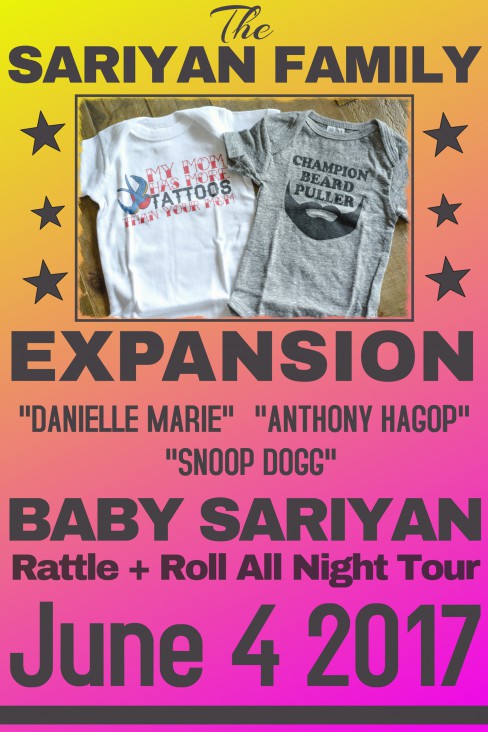 this june my mister and i are embarking on our greatest adventure yet – we are becoming parents! i am beyond excited to discover what the next months of pregnancy hold and cannot wait to share my reflections on the journey! my family and i are looking forward to a beautiful, peaceful experience. 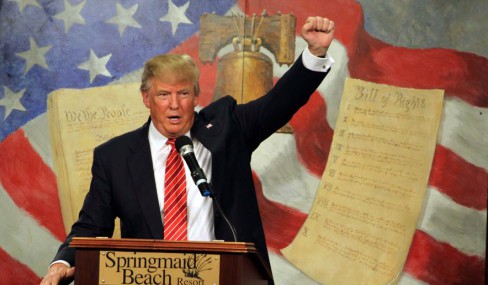 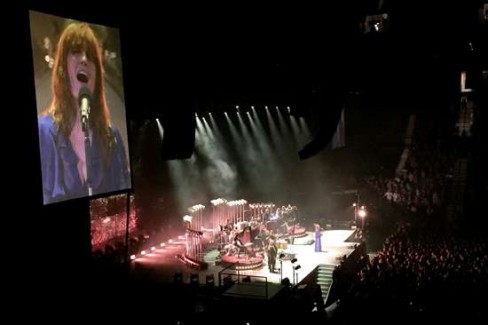 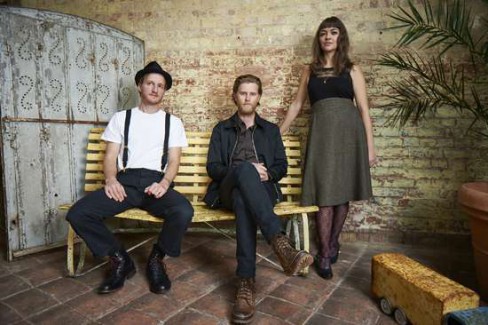 An Interview With The Lumineers: Wesley Schultz Unveils The Stories Behind The Band’s Intimate Lyrics And Irresistible Sing-A-Long Songs

Folk rock band The Lumineers exploded onto the scene in 2012 with a refreshing alternative to the chart dominating electronic music of the time and quickly built up an enormous following. Since then fans have been ravenous for a follow up to The Lumineers’ wildly successful, self-titled debut album. 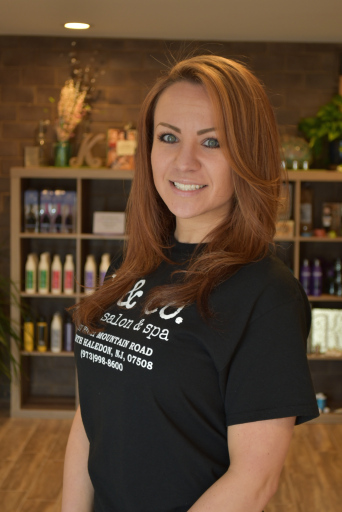 and like everything else she does, krissy did it with a smile

today marks one year since the doors of k & co. salon and spa opened for the first time. in this last trip around the sun krissy has evolved into a full boss bitch. it has been an inspiration to watch someone i love so deeply push through the terrifying early days of small business uncertainty. 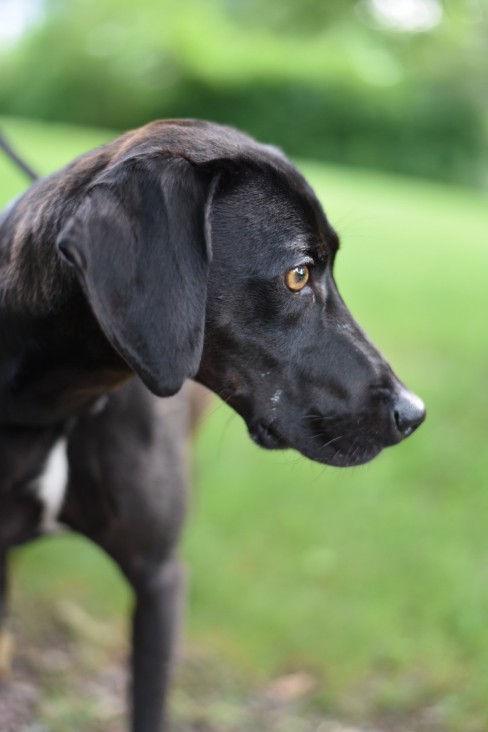 laughter and plenty of chaos

growing up i was never without a pet. first there was luke. my father rescued the black lab from starving in the streets and to this day considers the dog he long buried the greatest friend he ever had. 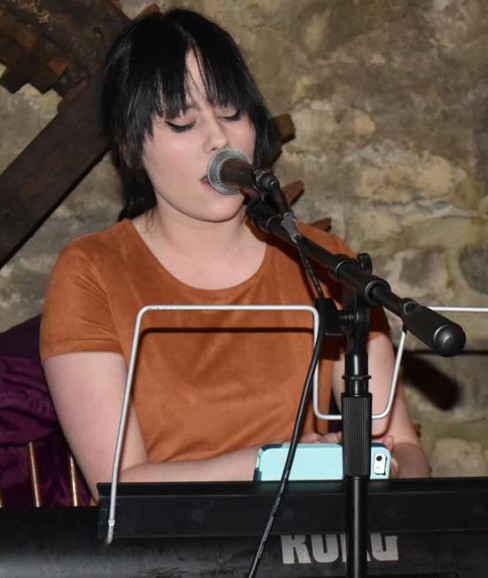 With her eyeliner winged and her inky raven hair pulled back into a ponytail, Gina punched out the opening notes of “Back To Black.” I was anxious to hear if Royale had the voice or grit to cover the legendary Amy Winehouse. She opened her mouth and unhurriedly sang the song to absolute perfection. I put down my tea and tuned in. 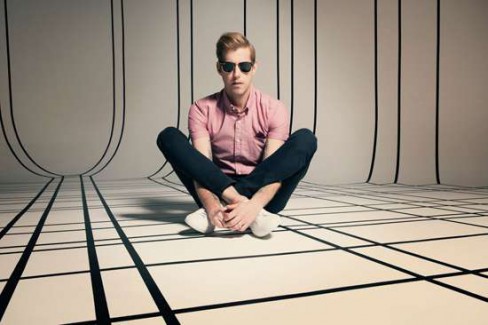 The Former Self-Proclaimed, “Garage Band King” Andrew McMahon Has Found His Greatest Success “In The Wilderness” The Aquarian Weekly. June 29, 2016

Many of us in the dawn of our thirties are still proud to call Andrew McMahon our Garage Band King. Fourteen years ago when Something Corporate hit the scene McMahon belted the words, which echoed in the anxious hearts of skinny jean wearing “Babies of the ’80s” who “just didn’t fit in.” In turn, we poured into smoky venues, faces smeared with eyeliner and expectation that for a few hours we “could feel complete.”